Sometimes more than one diagnostic test is conducted to increase overall test sensitivity or specificity.  For example, disease eradication programs may necessitate multiple diagnostic tests to ensure that an animal is not infected or diseased (a false-negative is costly), whereas in other situations a false-positive test result may be the more costly mistake.

Serial testing is preformed when you want to increase the specificity of the testing scheme to be sure that an individual that is classified as positive truly has the disease. This comes at the cost of decreased test sensitivity.  Serial testing helps to rule in disease when results are positive. Two or more tests are sequentially performed if the first test is positive. If subsequent test results are positive the animal is considered to have the disease. A negative test result on subsequent tests results in the animal being considered not diseased. The following equations can be used to calculate the cumulative sensitivity and specificity for serial testing. 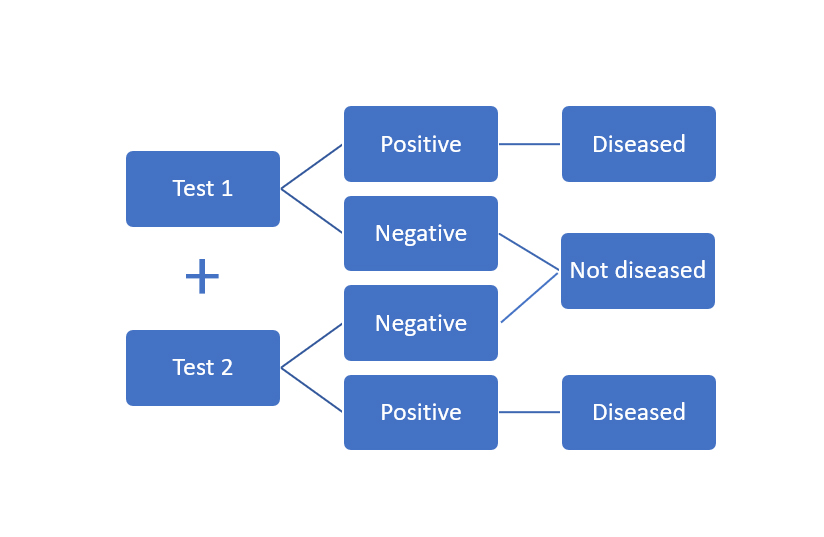