Diagnostic test performance is measured by sensitivity and specificity. However, neither of these measurements informs the practitioner on the probability of disease in individuals with positive or negative test results. The real question that practitioners face is given that a test result is positive, what is the probability that the individual actually has the disease or condition of interest? Predictive values help us answer this question. 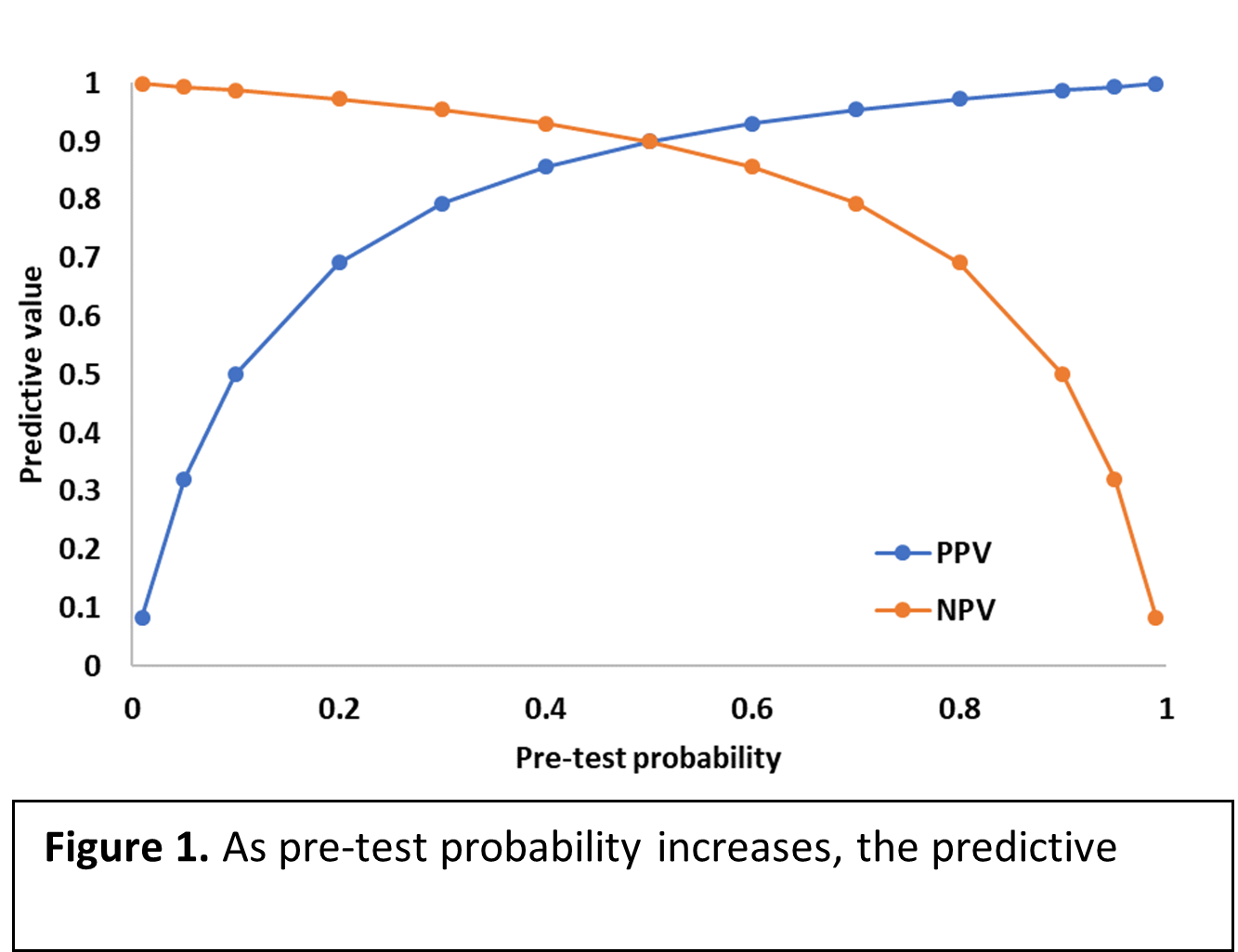