Congratulations are in order to Dr. David Smith, Hall-Davis Endowed Professor in the Department of Pathobiology and Population Medicine at Mississippi State Universities College of Veterinary Medicine, where he was just recently announced to become the Interim Associate Dean for Research and Graduate Studies effective September 16. 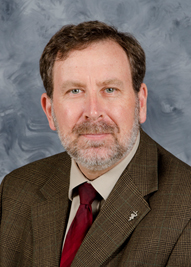 Dr. Smith joined Mississippi State University’s CVM in 2012. Previously, he had been on the faculty at the University of Nebraska for 15 years. After earning a DVM in 1983, Dr. Smith spent nine years in private mixed animal practice before returning to graduate school. His DVM and Ph.D. degrees are from The Ohio State University and he is a diplomate of the American College of Veterinary Preventive Medicine (Epidemiology).