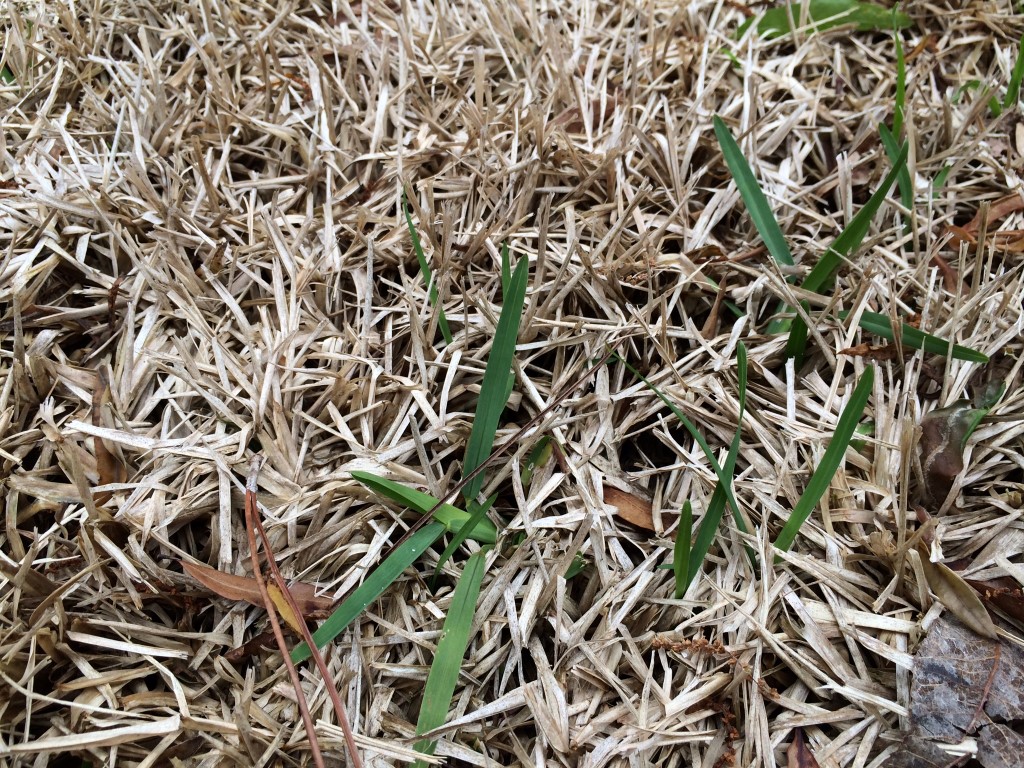 The most prominent turf species of Mississippi – bahia, bermuda, centipede, fescue, St. Augustine, and Zoysia – were all affected by the cold winter temperatures.

There is winter damage at all of these locations. Physical symptoms of winter damage are sometimes difficult to distinguish from herbicide injury or disease. Therefore, it is important that turf managers and clients or club members look for patterns as a way of accessing injury and potential recuperative ability.

1) Cold damage manifests itself differently depending upon slope and direction, as well as shade. South facing slopes generally have regenerated better due to warmer soil temperatures; whereas, north facing slopes or shaded areas that receive less solar irradiation fared much worse.

3) Fall fertility and plant health does affect winter kill, but the pattern is not always clear. Many well maintained turf areas were unfairly damaged by cold temperatures. This could be due to excessive top growth at the expense of roots – common for St. Augustine. In bermuda and zoysia, it may be due to the amount of moisture left in the plants as a result of prolonging dormancy with fall nitrogen applications. But again, this is not a clear pattern and needs to be investigated.

4) All of these observations are compounded by excessive moisture levels. Areas near the coast that received minimal freeze damage suffered a surprising level of turf loss due to standing water and prolonged soil saturation. 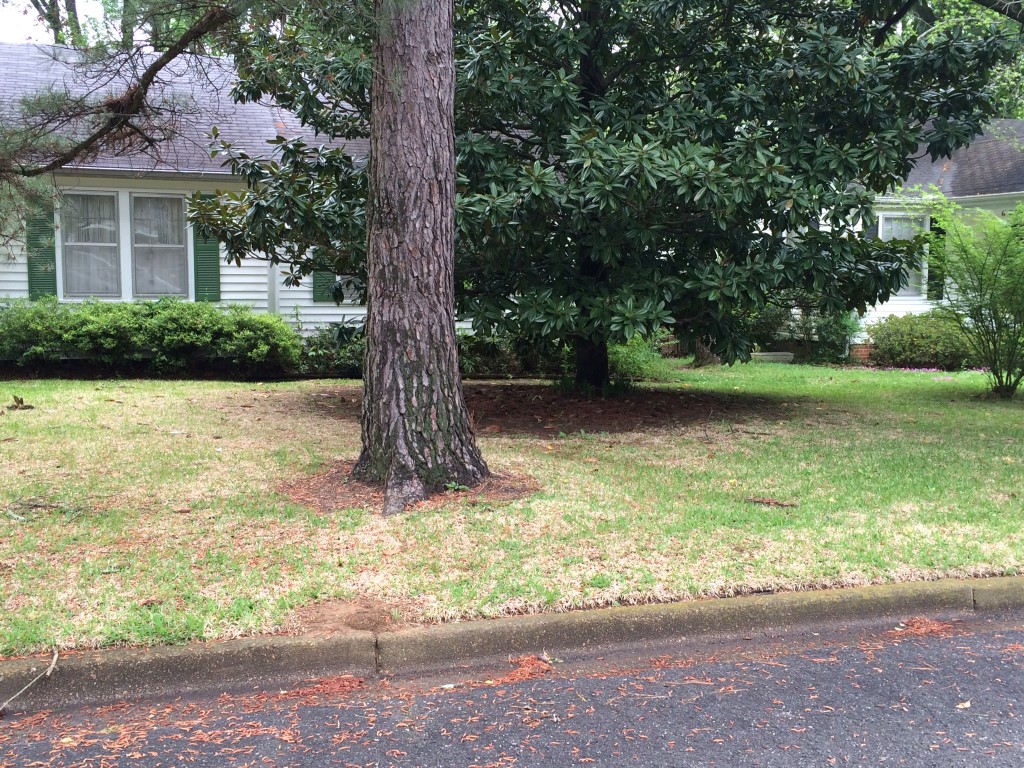 1) The most difficult advice to convey is to be patient. In all but the worst cases, grass will recover. Masking the effects of damage using pigments and a low rate of fertilizer will enhance aesthetics and give turfgrass managers time to evaluate recovery when temperatures become more adequate for turfgrass growth. It could be late May or even June in the northern most part of our state before we have day and night time temperatures adequate for bermudagrass growth.

2) Consider your options and ask a few important questions before sodding. Primarily, where’s the sod coming from, and did the sod farm experience loss of plant health due to winter conditions? It stands to reason that if your grass got hammered, so did the sod producer’s. Does bringing in potentially weakened sod advance ones cause? In some cases, yes. Clients and club members often pressure turf managers into immediate resodding for playability issues. Cold damage manifests itself differently due to many different environmental reasons, so it may be that resodding those areas is a quicker way to recovery.

3) Let’s not forget that seeding is also an option. Golf and sports fields predominantly rely upon vegetatively propagated hybrid bermudagrass, but in some instances, seeded bermudagrass may be an acceptable means of masking and recovering winter damaged areas.

4) Not all species, nor varieties, are equally prone to winter injury. Zoysiagrass fared quite well at all sites I’ve visited, regardless of species or variety. On the other hand, St. Augustine was hammered. There are three standard St. Augustine varieties marketed in Mississippi. Floratam is one of the most common varieties along the coast, but it is the least cold tolerant. Palmetto and Raleigh are more common north of Interstate 10, but they were both hammered by our severe winter. Previous research has shown that temperatures below 15 degrees F significantly damage all commercially available St. Augustinegrass varieties.

Bermudagrass breeding efforts have advanced cold tolerance. Many selections made in cooler climates survive extreme freezing temperatures and should be considered as replacement varieties where appropriate. It should, however, be noted that mixing varieties may result in lack of uniformity, which can be an issue with some clientele.

The National Turfgrass Evaluation Program coordinates research across the nation. A bermudagrass variety trial planted in 2013 at Mississippi State has yielded interesting, albeit preliminary, data this year pertaining to winter recovery. Even though varieties show winter survival and early green up differences, all have survived. It should also be noted that these are first year trials. Experience has shown that fully grown-in grass behaves quite differently.

In summary: If possible, be patient. Masking weak areas with pigment until they recover is a good option. However, high traffic areas and locations with cooler soil temperatures may warrant re-planting once warmer weather arrives. A good rule-of-thumb may be that if you have 1 green leaf per square foot, you will likely see full recovery this season. But if you’re dealing with larger areas, re-establishing via sod, sprigs, plugs or seeds may be justified.

Other useful sources of information: