To this end, we identified resident needs and concerns about urban trees and storm mitigation from key informant interviews and a mail survey across the study area. Using the survey information, we then implemented four bottom-up, volunteer-based urban tree inventories. Inventory projects included several trainings and public workshops for which we gathered evaluation data. Research results indicate important concerns regarding tree hazards, homeowners insurance, and sustainable urban tree management. Despite these concerns, pre- and post-evaluations demonstrate a significant increase in knowledge and positive attitudes about trees, urban forest management, and level of self-efficacy regarding participants’ ability to contribute to community forest well-being.

Despite these challenges, it is critical to consider the benefits of green space when evaluating waterfront uses, particularly in places characterized by increasingly land consumptive development patterns such as those along the Gulf Coast. The overall goal of this research is to assist coastal communities in making informed decisions about waterfront planning and management towards increased social and ecological resilience.

We used a mixed methods, multi-disciplinary approach to generate an in-depth understanding of how communities value and use waterfront spaces. Facilitated group discussions are conducted to generate insights about emerging phenomena and obtain contextual information (including environmental and social inequities). In addition, we incorporate these findings into a general population mail survey to determine tradeoffs among alternative waterfront uses and development scenarios. Finally, a revealed preference model was employed using market transaction data.

Findings expand on notions about community attitudes and values towards public goods and the local actions needed to efficiently manage those goods to improve social-ecological adaptations. Results point to the need for public intervention to address market failures, including public acquisition of land, regulatory approaches, and incentive-based approaches. Implications for planning and policy are considered in addition to recommendations for outreach education.

Deliverables: (1) The project will create interest in tree canopy inventories by other communities as measured by number of information requests received by project personnel; (2) 2 in-service trainings for North Mississippi and South Mississippi; (3) at least 8 municipalities (two in each Extension district) complete tree inventories; (4) at least 3 Extension publications 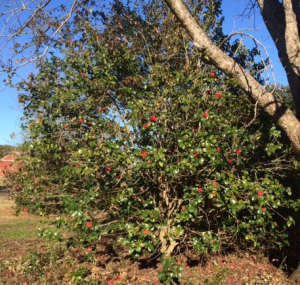 This is not an invasive species, although it originates from East Asia where it is known as “tea flower” and several species are used in the cultivation of tea leaves for beverage. The plant is evergreen, relatively short with a bushy shape, and has brightly colored flowers during the winter. Like other calcifuges known for their flowers, it prefers acidic soils. This is the state flower of Alabama. Do you know what tree this is?

The benefits of an urban Forest go beyond water and air quality. A good tree coverage and other landscaping can serve as an economic benefit and make people more willing to spend more in a business district, said Kathleen Wolf, University of Washington College of the Environment research scientist.

“Trees are more than being pretty. It’s more than just aesthetics,” she said.

Speaking at Baton Rouge Green’s Arbor Day luncheon at LSU on Friday, Wolf talked about the many social aspects of urban forestry.

“The work I bring to all this is why. Why do we want to plant trees in our communities,” Wolf said. “We know that trees are not necessarily popular with everyone.”

One research project she worked on looked at how people perceive business districts based on how much tree coverage was present, not just in front of one business, but in the district as a whole. People were shown pictures of a business street with heavy tree coverage, light tree coverage, all the way to nothing but bare sidewalks.

People were asked to rate which one they prefer and the majority chose tree cover while business owners much preferred the bare sidewalks. Business owners had concerns about trees hiding their business from customers, having to deal with tree debris and even damage from the tree root system.

Wolf said they also gave people a list of common products they would find in a business district and asked people how much they would pay for each while showing a picture of a business street with urban forest coverage and one without.

What they found is that people were willing to pay 9 percent to 12 percent more for the same product in businesses where there was a tree canopy than without. People also had a more positive outlook as to the quality of service and products at the businesses with the urban canopy, she said.

Wolf said showed a picture of the main street of Bainbridge Island, Washington, where trees combine with facing benches to create more of a living room type feel. It’s a place meant to encourage lingering in the business district, she said.

In addition, studies are finding that urban forestry has measurable health benefits as well, Wolf said.

One study showed a correlation between reducing low birth weight in children and the proximity of vegetation at the home.

Scientists also studied counties in 15 states that were infected with a common pest. The research was to determine the health of the county while the trees were in place compared to after they had to be cut down. The scientists found an increase in deaths from cardiovascular and respiratory diseases after the trees were cut down, Wolf said. The opposite was found when it came to helping people recover from illnesses. When surgery patients are given a recovery room with a view to nature, researchers have found patients have less pain, fewer minor complications and stay in the hospital for less time, Wolf said.

“Hospitals are now taking this seriously and are building in green spaces to their recovery areas,” Wolf said.
Other studies showed that children who go to schools with a view of trees get better test scores and have a better graduation rate, she said.

“Trees, parks and gardens are essential in our communities. They’re not just nice to have,” Wolf said.

Extension personnel often receive questions regarding the identification of a particular tree.  The current accessibility of digital photography, email, and text messaging provides the easiest means to submitting specimens for identification.

Take close-up photos of the specimen with a digital camera.  Please consider the following: 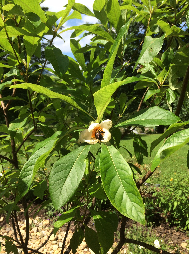 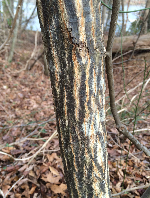 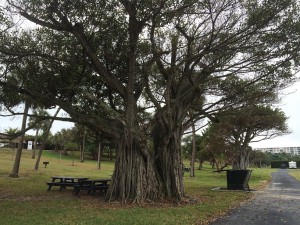 This tree can be found in the tropical climate of south Florida. It is known for aerial prop roots that grow into thick woody trunks. In some species, the props can develop into a forest with every trunk connected directly or indirectly to the central trunk. This natural characteristic inspired computer design theory known as Banyan VINES. As well, the tree is dependent on a symbiotic relationship with a wasp for pollination. Leaves are large, leathery, glossy green that are a bright red when young. This stately, beautiful tree contributes a unique sense of place in Florida parks and communities. 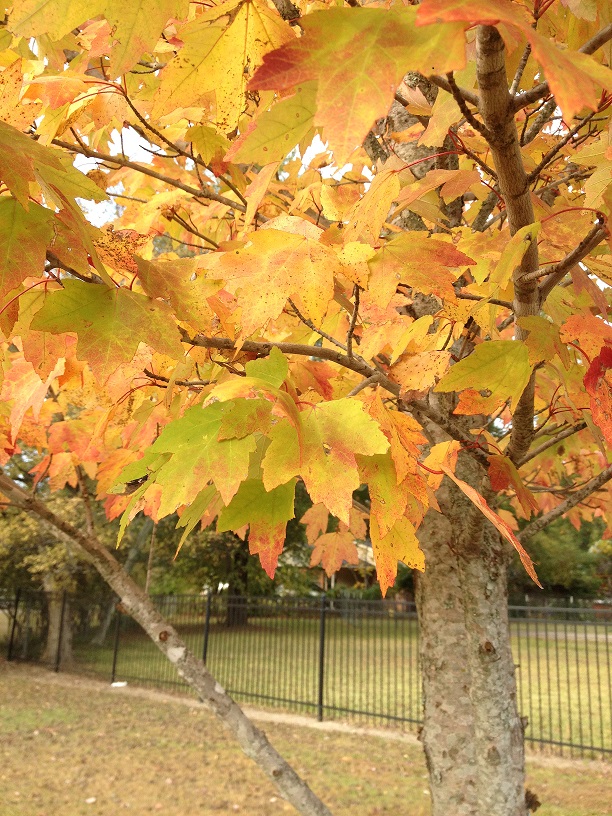 A burl is a deformed tree growth. It is commonly found in the form of a rounded outgrowth on the trunk or branch and is filled with knots from dormant buds. It is often formed by some kind of stress, such as a mechanical injury, virus, or fungus.

We had a  great meeting of the Professional Arborist Association of Mississippi (PAAM) in Meridian, MS. Mr. Guy Meilleur of Better Tree Care Associates based in Mt. Airy, NC provided the key note lectures. Mr. Meilleur is a practicing arborist, aerial consultant, and author of over 30 Detective Dendro articles featured in ISA’s Arbor News. Guy was an Instructor at Duke University and serves as the US contact for the Veteran Tree Network and the Ancient Tree Forum. We had over 90 arborists, foresters, and tree surgeons attend the conference. We learned a lot and look forward to a great 2016 annual meeting. For more information on PAAM, please contact MSU Urban and Community Forestry Extension.