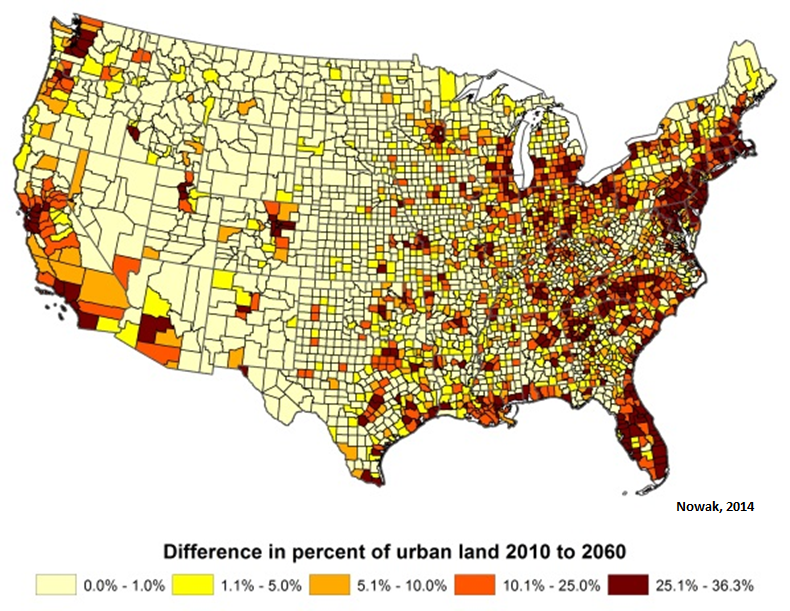 Forestry by all definitions – as a science, an industry, an ecological resource, a cultural artifact – is inherently linked to human communities. It is important that forestry be addressed as it pertains to communities in addition to individual landowners because individual decisions impact, as Pinchot noted, the Greater Good. In turn, community agency is critical to the sustainable, long-term management of our forest resources. Community agency is the act of multiple, diverse interests in a given place coming together towards the goal of addressing common needs. An entire community rallying behind the preservation of a park is an example of community agency. Residents joining forces to help disaster victims is another example.

Addressing natural resource issues from a community agency perspective is very important in an increasingly urbanizing world. Dr. David Nowak has noted that urban land use expanded 3.6% (67.8 million acres) between 1990 and 2010. This growth is expected to increase by over 2 million acres per year, or 8.7%, during the next 45 years, greater than the size of Montana. Most of Mississippi’s urban growth is taking place south of Memphis, northeast of Jackson, and along the Gulf Coast. 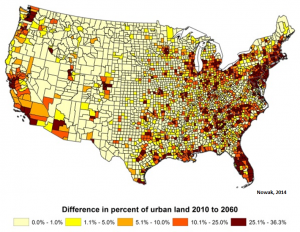 It is important to keep in mind that on average, about 20% of the projected forestland subsumed by urbanization will remain as forest within the urban boundary, although it will be parcelized and fragmented. This forest must be managed even if it is not managed for timber production.

Urban tree canopy is critical to community well-being. Nowak has estimated there are around 4.9 billion trees, or 15 trees per U.S. resident. Together, these trees provide approximately $4.1 trillion dollars in structural value ($12,900 per person). The national urban tree canopy stores and sequesters $52.5 billion of carbon per year (7.4 million tons in Mississippi). In addition, U.S. urban forests have important health benefits, removing an estimated $4.7 billion of contaminants from the air each year. Finally, in an age of energy consumption consciousness, Nowak noted urban forests help avoid $7.2 billion per year in energy usage.

Dr. Nowak’s statistics make a compelling case for urban and community forest management. Urban and peri-urban places will continue to grow – even in Mississippi. Not only does urban growth have implications for urban forests, it has serious implications for rural forests as well. 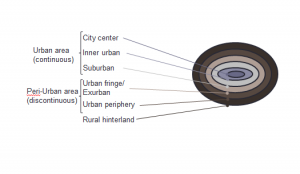 Around 100 years ago when people like Gifford Pinchot, John Muir, and Aldo Leopold argued that society needed to start thinking about preserving and utilizing rural forests sustainably using scientific management. It’s time for a similar sea change in thinking about urban forests. We have to stop ignoring our urban natural resources and start giving them the credit they deserve if we are to continue to enjoy their benefits.