As the state emerges from the most recent recession and continues to experience economic growth, it behooves individual communities to take stock of their own economic situation and follow a path to set their economic future.

One of the most effective methods of a community taking charge if its economic future is by implementing a grass-roots based economic and community development based strategic planning process that utilizes objective baseline socio-economic data to provide the community’s leaders (both elected and non-elected) with a firm foundation from which to analyze internal and external factors that affect a community’s future.

The economic development faculty within the Department of Agricultural Economic has significant experience in deriving and assembling the types of data needed to provide a clear picture to your community leaders. For further information and assistance, please contact Alan Barefield (662.325.7995; alanb@ext.msstate.edu), James Barnes (662.325.1796; barnes@agecon.msstate.edu) or Becky Smith (662.325.1793; becky.smith@msstate.edu).

Dr. Darrin Webb, Mississippi State Economist and MSU Agricultural Economics alumnus, presented the 2014 Legislative Economic Briefing on January 14. This briefing provided some welcome highlights to the economic situation for the state. In short, the Mississippi economy is growing, but mainly in terms of jobs (income growth continues to be relatively slow). The Index of Coincident Indicators has risen fairly steadily since January 2012 and the November 2013 index was slightly above its pre-recession levels.

However, employment growth has been relatively strong with a 1.71% increase from 2012-2013 (the U.S. growth in the same time frame was 1.6%) and 53 of the state’s 82 counties experienced some job growth. Overall, Mississippi gained almost 19,000 jobs with the largest growth sectors being professional services, construction, and leisure and hospitality. The manufacturing work week length experienced an increase in mid-2011 and has remained higher than pre-recession levels.

However, income growth has not fared as well. While year-over-year percentage growth in real personal income less transfer payments has remained positive since the 4th quarter of 2011, this growth is experiencing declines. Likewise, the growth in real state income tax withholdings has fallen and Mississippi ranks 44th in the growth of wage and salary disbursements.

The University Research Center projects that real output for the state will continue to grow through 201, but at slower rates than were seen in the early 1990s. Much of the recent growth has been due to low-wage and temporary jobs, but it is anticipated that Mississippi should improve as the national economy improves and that the state is on track to reach the revised 2014 estimates.

Dr. Webb’s complete presentation can be viewed at http://www.mississippi.edu/urc/downloads/presentations/Legislative%20Economic%20Briefing%20-%20Online%20Copy.pdf.

Mississippi’s economy is recovering from the 2008 financial crisis and ensuing recession. Analysis indicates that the government, retail trade and health care sectors are experiencing advancements in competitive advantage and that total output for the state is increasing with the Utilities, Finance and Insurance, and Real Estate and Rental and Leasing sectors leading the way with double digit growth from 2007-2012. The small business sector is also experiencing growth with over 15,000 businesses opening and over 8,000 expanding (for the 9 employees or less size classification) for 2012. The state’s strongest employment sectors are local and state government, food services and drinking places and health care related sectors. For detailed information on each Mississippi county, visit http://msucare.com/crd/county_profiles

Agritourism is the fastest growing sector in the tourism industry and is making a positive impact on rural economies in Mississippi. Demand for agritourism arises from urbanites looking for ways to experience the outdoors and learn about farming and the food supply. Agritourism is a popular way for families to connect to history and place and spend quality time together away from electronic devices. Supply of agritourism arises from agricultural producers adapting to changing economic realities.  Many find that devoting a small portion of acreage to agritourism efforts is a relatively profitable way to use their land.

A two-year Limited Liability Law (LLL) passed in the Mississippi Legislature in 2012 and is expected to be codified in 2014. Many operations are expected to open due to passage of LLL which protects operators from any liability, provided there was no negligence on the part of the owner. In order to be covered, operators MUST be registered yearly: http://www.mdac.state.ms.us/programs/agritourism/index.html. 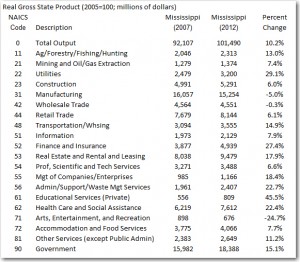 It’s a familiar question. A new business launches its very own Facebook page and then begins to post content, but engagement is lackluster. Few people interact with the business page. What should a business owner do? The first question to ask is: Why the lackluster interaction? While many factors may contribute to lackluster interaction with fans, Facebook.com is trying to help small business owners optimize their business. One possible answer: Focus on engaging fans when they are online. Timing is everything in business and interaction with fans is no different. Lots of research exists that can direct a business owner to some rules of thumb when engaging fans on his or her page. But one of the new ways (thanks to a recent update by Facebook) is to simply observe the page data Facebook collects about fans. If you have the new Facebook Insights (and not everyone does just yet), here are the steps to follow to learn how to optimize your posts on your Facebook business page:

Step 1: Go to Insights for your page.

Step 3: Click on “When Your Fans are Online” – this IS the view you want.

The figure below shows an example from the Mississippi State University Extension Program that I deliver to communities here in Mississippi called Mississippi Bricks to Clicks. You will see two “Insights” from the view I have described above. First, you see that Wednesday (this past week) was the highest number of fans reached (116) and that the two top times were 3 p.m. and 9 p.m. View the info graphic about this, here.

So, use what Facebook gives you now. Next week, I’ll use this information when making my own posts on the Mississippi Bricks to Clicks page. Give it a try. And if you don’t understand, feel free to contact me at barnes@agecon.msstate.edu.