USDA-NASS released the mid-year cattle inventory report last Friday. This is an annual report that estimates the number of cattle on July 1 each year. It is not as comprehensive as the January 1 report in that there is no state-by-state breakout. However, the information in the report is a useful look over time to get an estimate of the cattle inventory cycle. 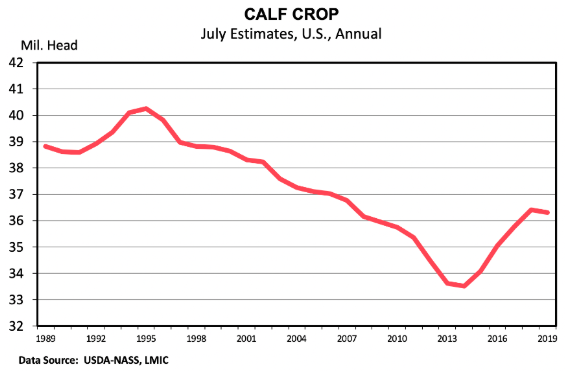 The all cattle and calf count was unchanged from a year ago (103 million), as was the number of beef cows (32.4 million). This estimate supports the idea that the rapid cattle expansion seen in the past 5 years has leveled-off.  The July 1 inventory of steers over 500 pounds was 14.7 million head, up 1.4 percent year over 2018 levels.  The inventory of other heifers over 500 pounds was 7.9 million head which is up about 5 percent.  Overall, this report was well-anticipated and contained no surprises.

What does all of this mean? My take is that the cattle inventory numbers are in in a bit of a holding pattern, there is not a lot of evidence (i.e. really low prices) to suggest that heavy liquidation is soon to come. There is also not a lot of motivation (i.e. high prices) for continued expansion. I expect the rest of 2019 and into 2020 to continue to be mostly flat on inventory changes. 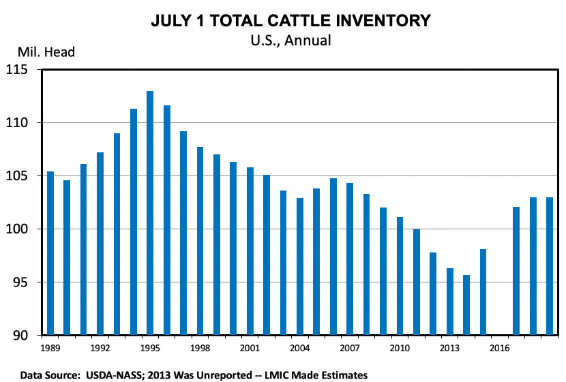