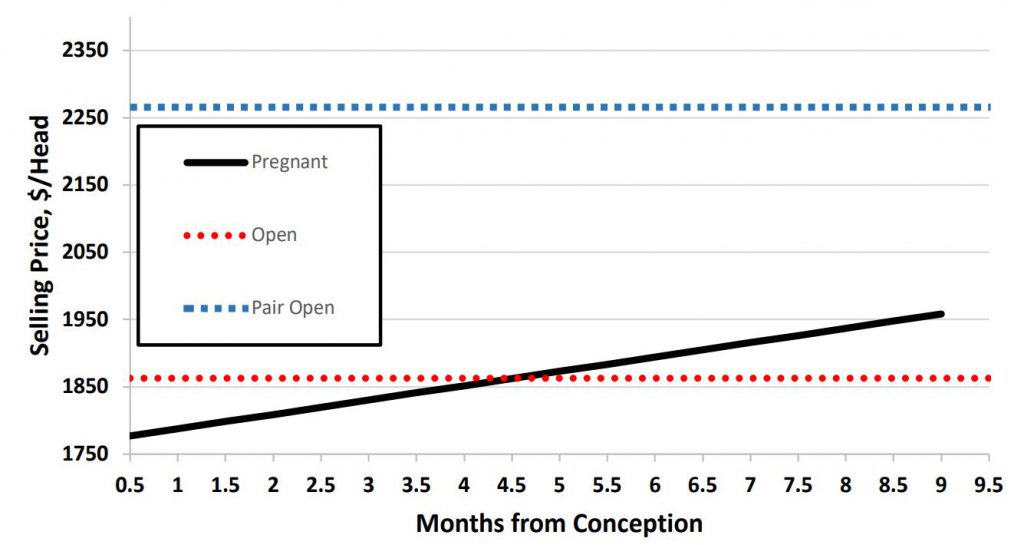 The graph above is from a recent study and publication led by Tori Marshall, a graduate student in the Department of Agricultural Economics at MSU. Her research used data collected from cattle auctions in Mississippi during 2014-2015 to estimate the impact that pregnancy status has on value.

One of the interesting findings of the study is that pregnant cows or heifers sold at a discount, on average, to open females until they crossed the 5 months pregnant threshold. Females with a calf at side averaged higher than either open or bred females. Retention costs were also considered in a separate graph in the publication to account for the additional costs a producer would incur by holding the cattle longer. The research showed a clear value in knowing whether the cow or heifer is pregnant before selling. Below is a segment from the conclusions

The sales data were collected in 2014-2015 when cattle prices overall were very high. We expect that the results would be similar today, but at lower price levels.

This post was co-authored by Tori Marshall, M.S. student in Agricultural Economics.