To follow up on last week’s article (available HERE), this week we’ll dig a little deeper into the beef production picture.  This week’s article comes from Dr. Derrell Peel at Oklahoma State University. It sheds some light on the increased role of heifers in the total beef production system. Total cattle slaughter has outpaced year-ago levels for most of 2018. The mix of steers and heifers plays an important role in the total amount of beef produced because heifers are generally lighter than steers. However, as Dr. Peel points out below, the gap between heifer weights and steer weights has shrunk. Heifer dressed weights for the past 12 months averaged just 7.5% lighter than steer dressed weights. Continue reading for a more in-depth analysis of the growing role of heifers in beef production. 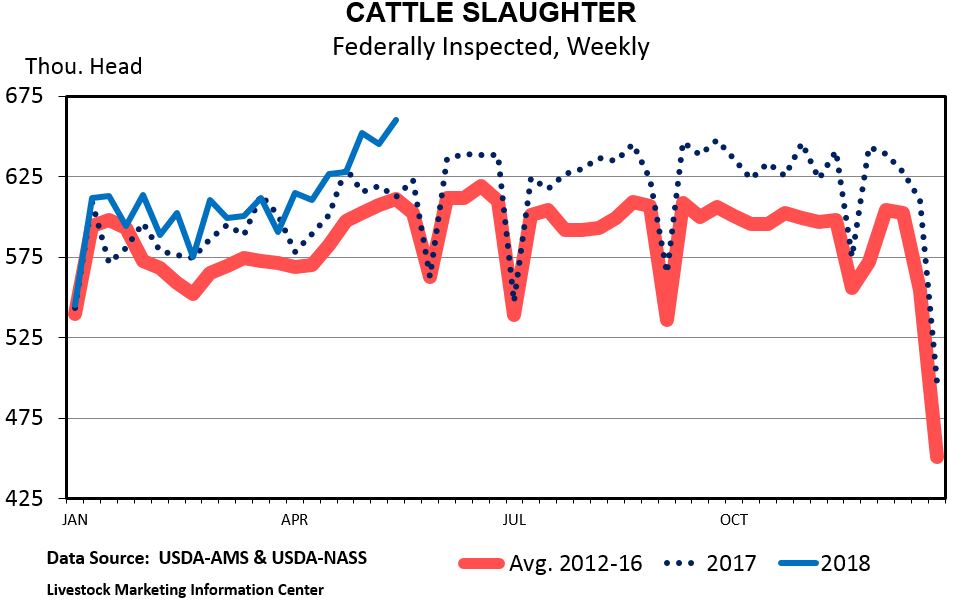 Clearly, the industry continues to feed heifers more and more efficiently over time.  There may, however be a downside.  Research at Oklahoma State University has shown that big carcasses lead to big beef cut sizes which may limit demand.  Anecdotal indications from the industry suggest that for a number of years, some markets for beef products have specified heifer sources to ensure smaller product sizes.  The problem now is that heifer carcass weights in 2018 are the same size as steer carcasses were in 2005.  Heifer carcass weights appear to have provided a buffer against big steer carcasses for the past decade or more but that may be coming to an end.  It may be that cattle and carcass weights can physically continue to get bigger but there is a very real question of the demand implications and economic consequences of continued growth in steer and heifer carcass weights.