2018 U.S. commercial beef production is forecasted to total 27.43 billion pounds according to the most recent USDA estimates (full USDA report available HERE). This would be the largest annual total on record as it would beat the current record-holding year 2002 by about 350 million pounds. This would be a 4.8 percent increase over the 2017 total and a 15.8 percent increase over the 20-year low point observed during 2015. 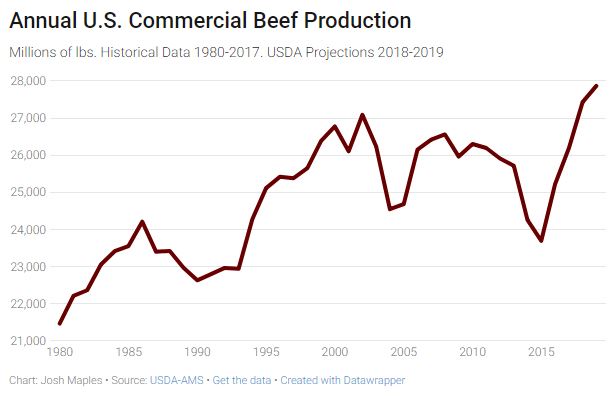