The latest cattle on feed report again shows strong placement totals. During the month of October 2017, placements were 10.2 percent higher than during October 2016 – some of which can be attributed to one additional slaughter day in October 2017. While higher than average pre-report estimates, this number was within the range of estimates. Still, the market reaction was bearish as nearby live cattle futures prices were about $1.50/cwt and feeder futures prices down about $2/cwt at the end of trading today.

This marks the eighth consecutive month of higher placement totals than last year. February has been the only month that showed lower placement numbers in 2017 than in 2016 (although just slightly lower). For the year-to-date, placements have been 9.1 percent higher than the same period last year.

While the high placement totals are filling feedlots, aggressive marketings continue to keep cattle moving through feedlots at an impressive pace. October marketings were 6 percent above October 2016. The strong marketings seen in 2017 have kept a large bottleneck of market-ready cattle from building up in feedlots. 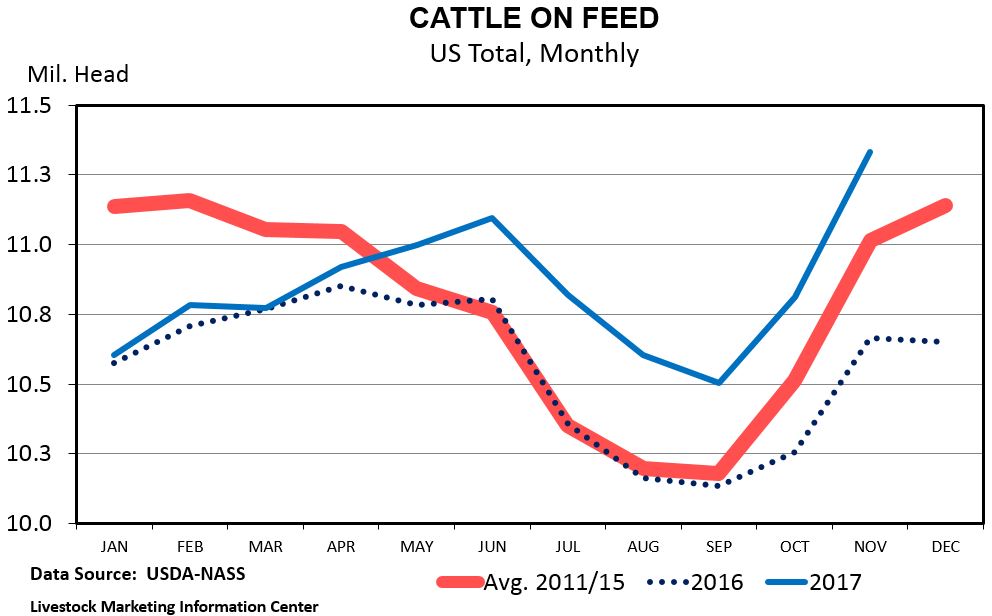