The latest trade data released last week showed that the impressive export totals continued through the month of September. Total beef and veal exports were 13.95 percent higher in September 2017 than in September 2016. Year-to-date, total exports are up 14.46 percent over the first nine months of 2016. In total pounds, exports are up about 263 million pounds YTD over last year. 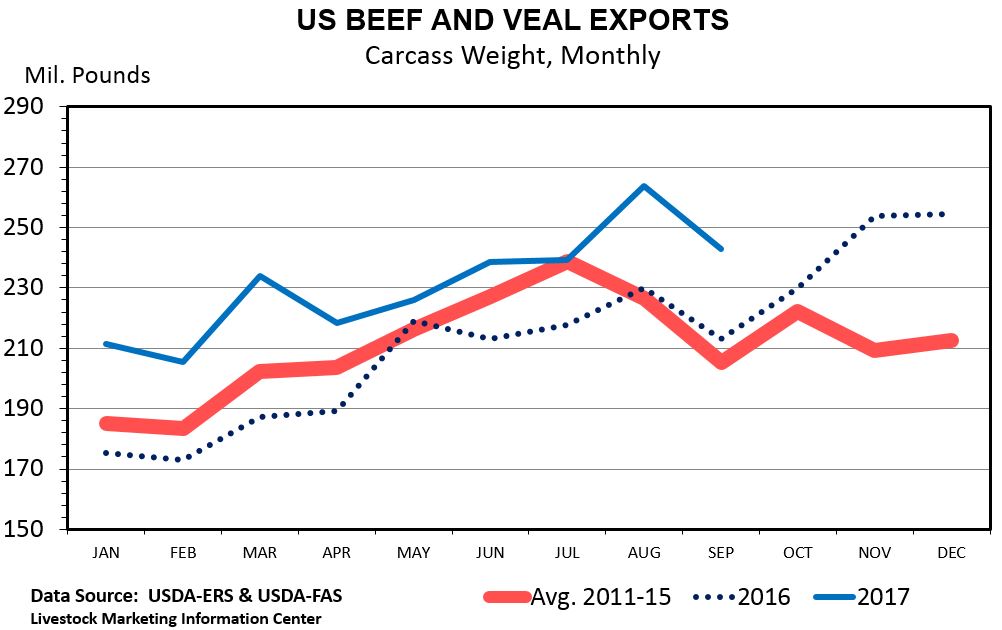 The continued increase in beef exports is encouraging as it takes some of the beef that would have otherwise ended up on the U.S. market out of the country. With beef production increasing, either domestic consumption has to increase (which usually requires lower prices) or exports have to increase, or a combination of the two. In 2017, larger than expected export totals have lowered the amount of beef disappearance per person in the U.S. This has provided some support to beef prices.