The Food Safety Modernization Act (FSMA) has important implications for the marketing of fresh produce in the United States. Under FSMA, the U.S. Food and Drug Administration (FDA) is charged with crafting, implementing, and enforcing most of the rules that constitute FSMA. In essence, FDA is introducing more frequent food safety inspections and, for the first time, science-based prevention-oriented mandatory standards for different stakeholders in the U.S. food supply chain. These standards pertain to five key areas: food preventive controls; produce safety; import safety; intentional adulteration of food; and sanitary transportation of food.

Since FSMA was enacted in 2011, several rules have slowly yet successfully evolved from the proposal stage to the final stage, with five of the FDA’s seven proposed foundational rules being finalized and published last year. These five rules relate to the areas of food preventive controls, produce safety, and import safety. A rule of particular importance to the fresh produce industry is the produce safety rule, Standards for the Growing, Harvesting, Packing, and Holding of Produce for Human Consumption, which was issued on November 13, 2015.

For an overview of FSMA’s final foundational rules published so far and a discussion of their possible implications for the U.S. specialty crop industry in terms of costs and benefits, market structure, and public health concerns, click HERE. 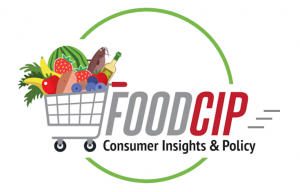